This year marked the first time that the Canadian Freelance Union (CFU) had an official contingent in the Halifax Pride Parade and members represented their union with fierce pride. The CFU has so many talented members and we were lucky to have member Jonathan Rotsztain of ALLCAPS Design (http://www.allcapsdesign.com/) create some stunning pink triangle graphics for Halifax Pride.

Jonathan designed three pink triangle designs, which we featured on our Facebook page, on our banner and on T-shirts worn by CFU members. CFU Atlantic Member Organizer, Rebecca, also carried the Freelance Proud banner in Sydney Pride, marking the CFU first time in that parade as well! 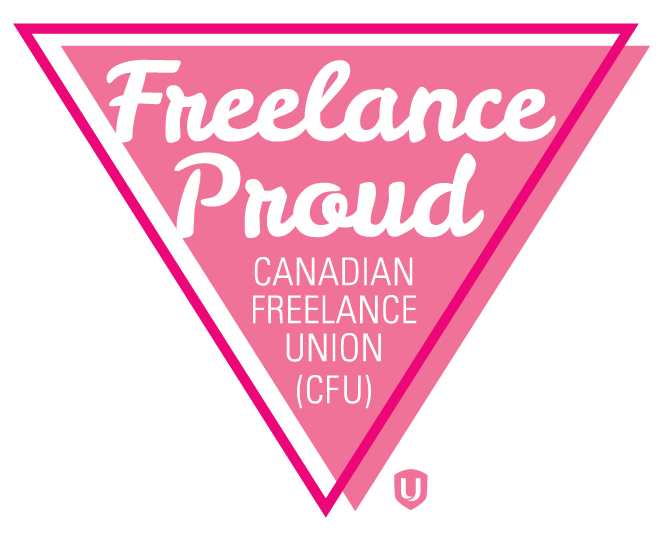 The pink triangle originated during WWII and was used to denote homosexual men and (some sources say) transgender women in the concentration camps. LGBTQ+ people were rounded up and put in camps (lesbians wore a black triangle) along with Jewish people; trade unionists, socialists, communists and anarchists; immigrants; religious minorities primarily Jehovah's Witnesses; Roma people; people with mental illness or a mental disability; and sex workers (for example). Berlin had a flourishing LGBTQ+ community and an active homosexual emancipation movement up until the Nazi's interned LGBTQ+ people and burned the community's library/archives (held at Magnus Hirschfeld's Institute of Sexual Research) in 1933.

Early LGBTQ+ activists reclaimed the pink triangle as a symbol of pride, strength and resilience. In Canada LGBTQ+ people celebrate Pink Triangle day, a national LGBTQ+ holiday, on February 14 (founded by Halifax's Gay Alliance for Equality in 1979). For more information on the early days of Halifax's LGB community/activism read CFU member Rebecca Rose's The Coast article Before the Parade here. 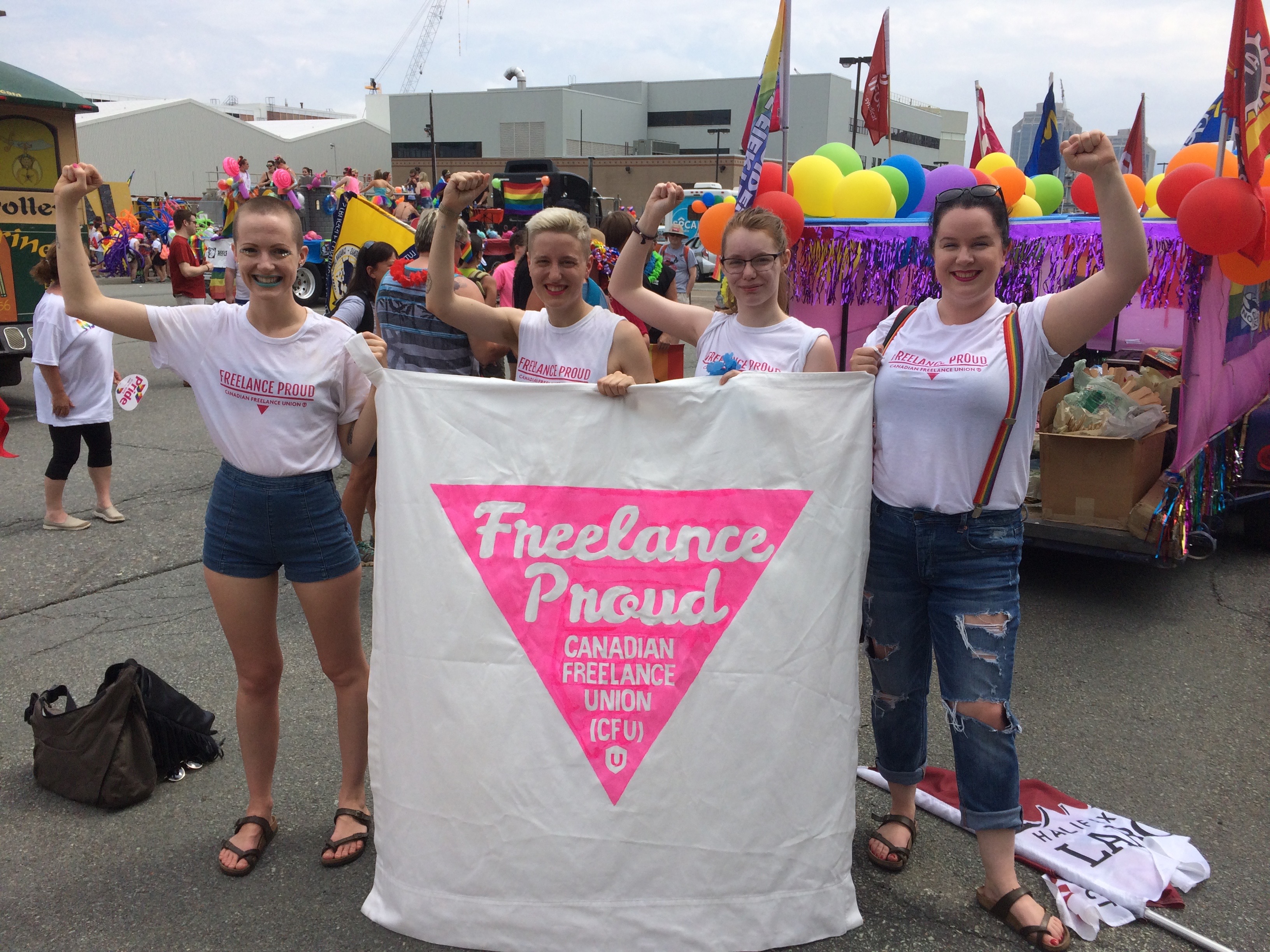 Many LGBTQIA2S+ people turn to freelance (and other precarious) work when faced with discrimination/unsafe spaces in other workplaces. (For an in depth exploration of the large number of queer and trans people working precarious jobs read Gabriel Enxuga's 2013 article Queer Struggles are Class Struggles on the Halifax Media Co-op.) Others enjoy the increased freedom of expression that can come with freelancing, including the ability to centre LGBTQIA2+ stories in their work (via the written word, photography, videography etc.).

The CFU is proud to represent so many brilliant, creative and activist LGBTQIA2S+ freelancers and allies.

If you're a LGBTQIA2S+ freelancer interested in joining the CFU visit https://freelanceunion.nationbuilder.com/join 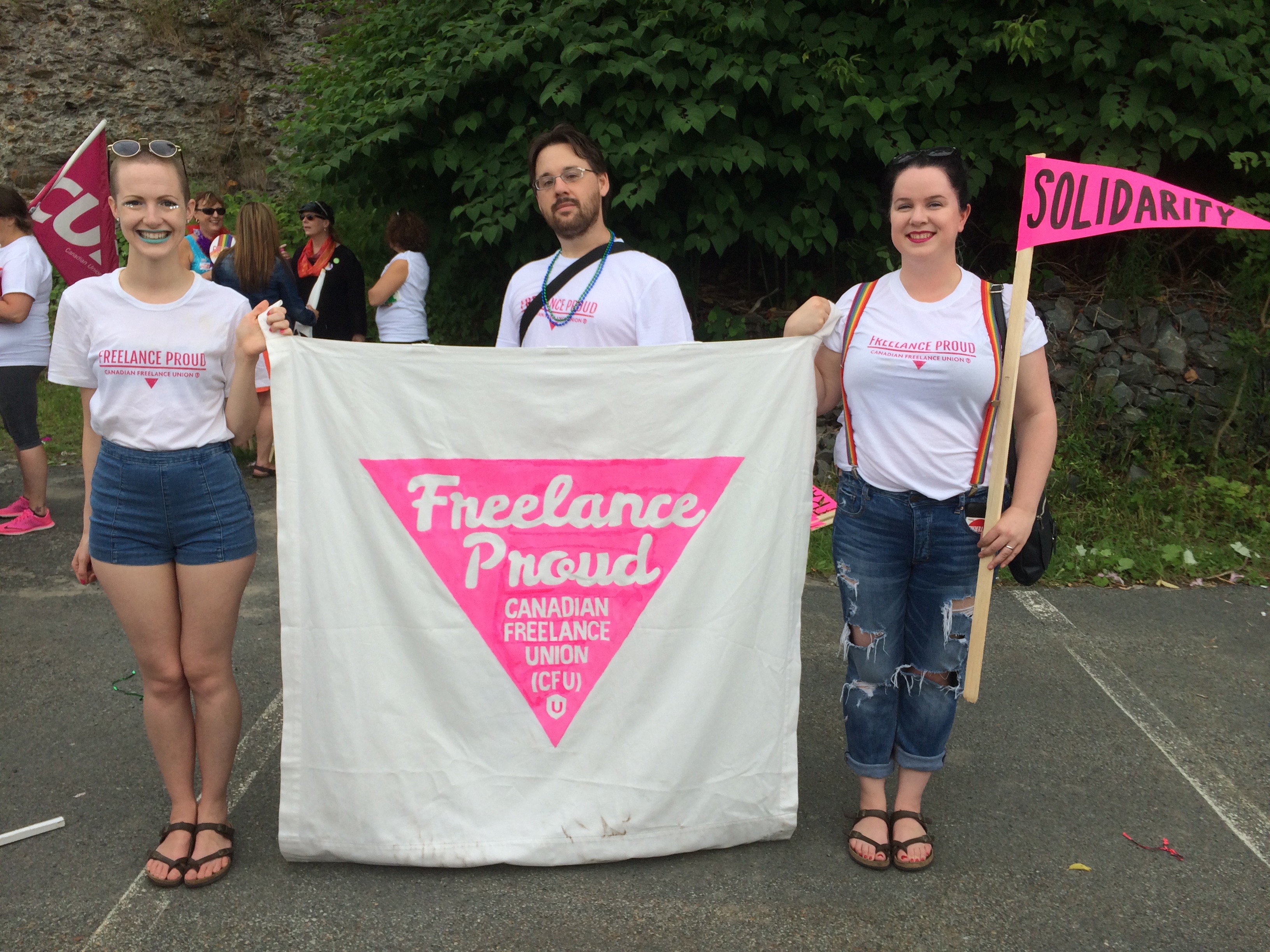