The CFU executive did not make this decision lightly. The first contested election in the history of our union demanded that we consult our members and, at the July 11 Executive Meeting, we voted unanimously to support Sister Payne. The election will be held at the Unifor National Convention, from August 8-12 in Toronto. I will be present, alongside Ontario representative Shady Affify and CFU’s Coordinator, Raul Burbano.

Lana Payne is a life-long trade unionist, feminist, and fighter for working people. As a former journalist who worked in the industry for over 20 years, she understands the struggles of freelancers. Not only that, Sister Payne is the only candidate running for president who has provided direct support to the Canadian Freelance Union.

We are confident that Sister Payne will be the leader that our union needs: one that is bold, experienced, and fearless. 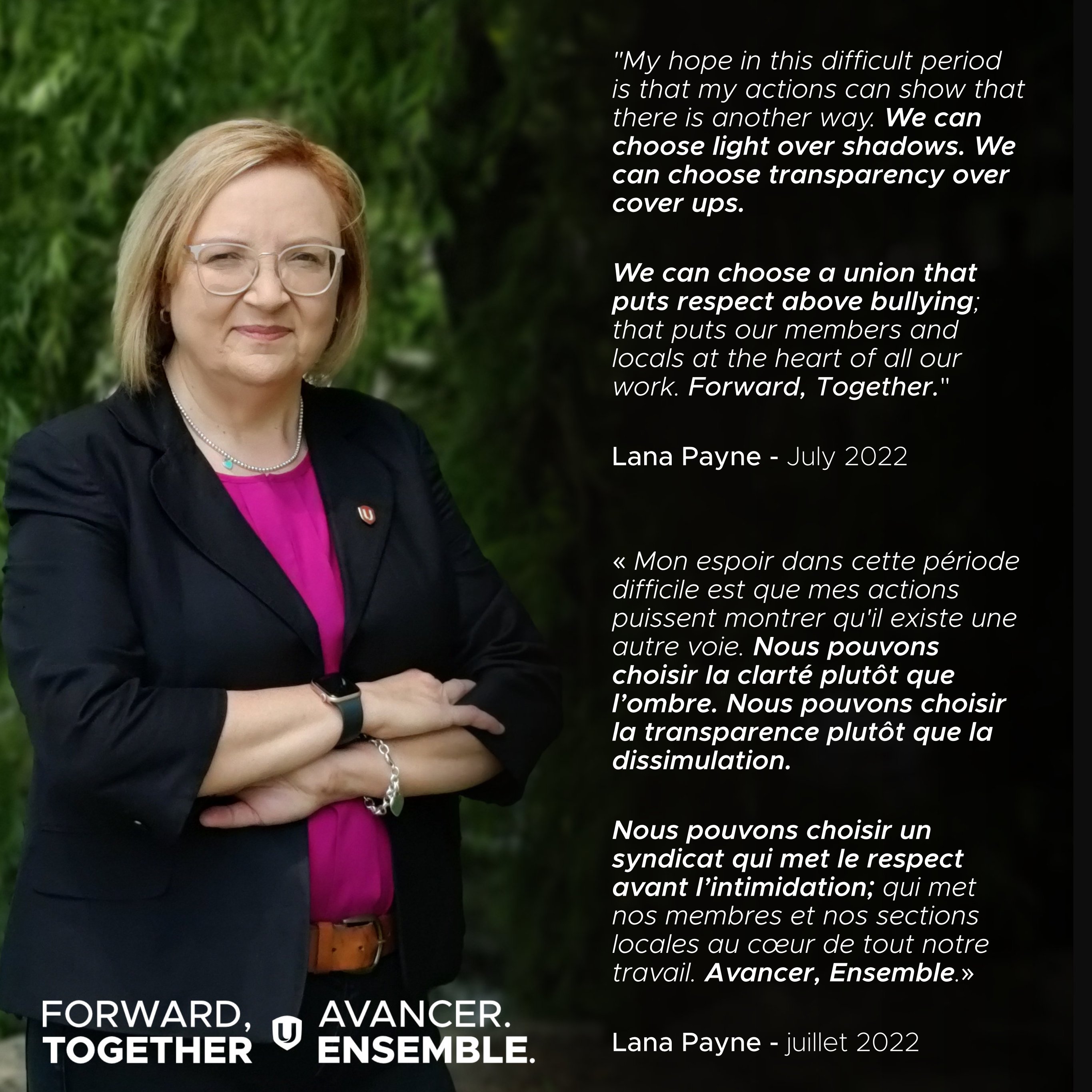