May Day was chosen by the Second International to commemorate the 1886 Haymarket Affair in Chicago. A rally of striking workers fighting for the eight hour work day turned violent when an unknown person threw a bomb into the crowd; the police responded with gunfire. Four protesters and seven police officers were killed with dozens other wounded.

While the fight for the eight hour work day might seem quaint to precarious workers patching together multiple jobs or freelancers working around the clock, it represented a very important moment in the historical labour movement. The first May Day was marked by huge demonstrations around the world, demanding shorter work days while commemorating the workers who lost their lives at Haymarket.

As we face increasing precarity and government cutbacks that threaten the livelihoods of workers everywhere, May Day represents an opportunity for us to come together and recognize our shared struggles as workers – whether we are freelancers, migrant workers, part-timers, professionals or have traditionally unionized workplaces – so that we can continue the work for a just world for all.

Let's take to the street on May Day. 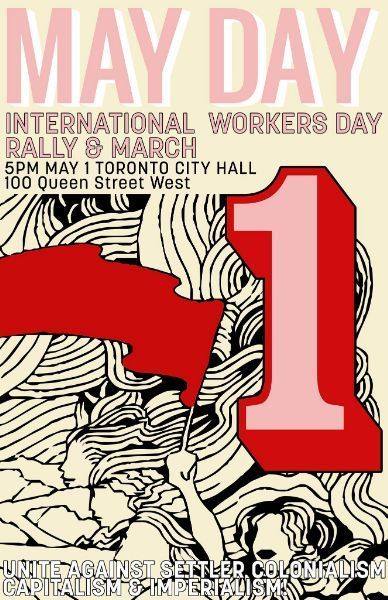