The Canadian Freelance Union stands in solidarity with the 55,000 education workers in Ontario, members of the Canadian Union of Public Employees (CUPE) who are ready to take strike action this coming Friday.

These workers have been bargaining for a fair collective agreement with the Ontario government since August 2022. They make on average $39,000 a year and are generally the lowest-paid workers in schools.

Rather than negotiate in good faith, the Ford government intends to invoke the notwithstanding clause and has introduced legislation to impose an unfair contract on Education workers and ban them from striking upon threat of steep fines.

“Let’s be clear: imposing a contract and eliminating workers’ right to free and fair collective bargaining is a fascist tactic the likes of which we have not seen in Canada since before 1946,” said president Nora Loreto. “Freelancers know what it’s like to be disrespected and paid criminally low wages. As such, we offer our full support and solidarity to Ontario’s education workers unionized with CUPE.”

The legislation introduced in Ontario (Bill 28, Keeping Students in Class Act, 2022) and invoking the notwithstanding clause is anti-democratic but also a profound violation of the Charter of Rights and Freedoms.

The draconian legislation has serious implications for all workers across Canada and can not go unchallenged.

The CFU stands in solidarity with CUPE and education workers in Ontario and urges Premier Doug Ford to return to the bargaining table to achieve a fair agreement that supports all educators and students. 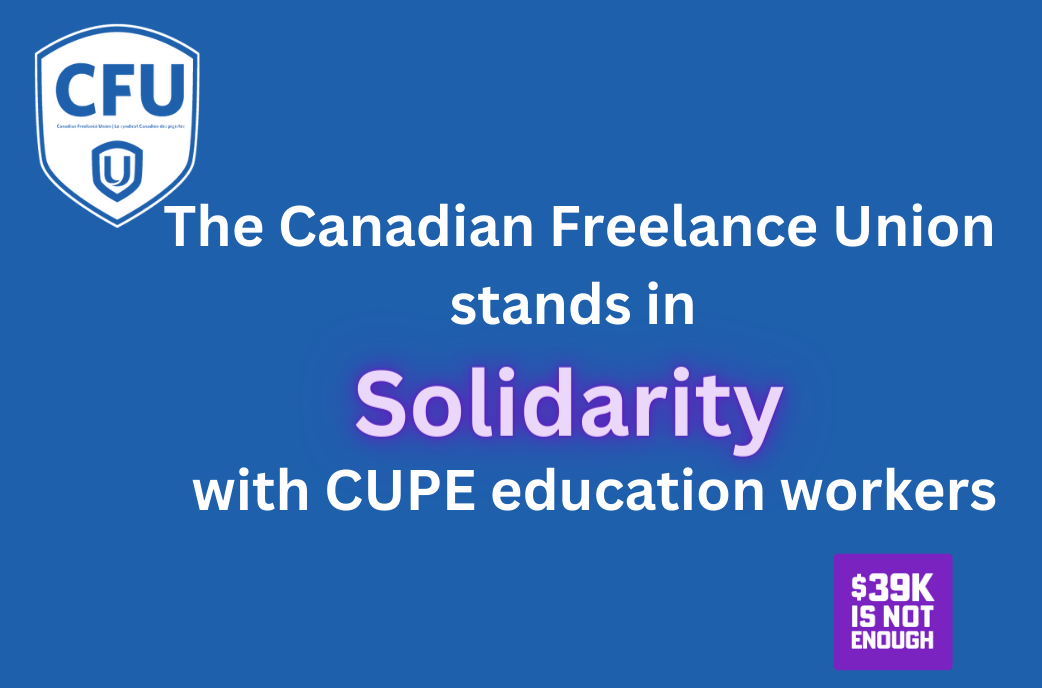