Criminalization of Journalists and Indigenous issues

The Canadian Association of Journalists condemned the RCMP crackdown on reporters in Wet’suwet’en territory. Their arrests drew international media attention and marked an escalation in an ongoing battle between journalists and the RCMP over the right to report from within injunction zones without risking arrest.

Should Freelance Journalists report on these issues and risk arrest? Why should Freelancers be in solidarity with Indigenous struggles in Canada and around the world?

To help facilitate and inform about this critical work, join us for a discussion with Starla Myers - CFU member and Onkwehonwe Journalist/Reporter. Stela is a grass-roots Indigenous journalist who provides a perspective based on decolonized historical and traditional knowledge. She covered the Six Nations movement in solidarity with the Wet’suwet’en and 1492LandBackLane.

The Canadian Freelance Union is committed to working toward reconciliation and directly supports Indigenous Peoples in diverse struggles for justice, sovereignty, and decolonization. 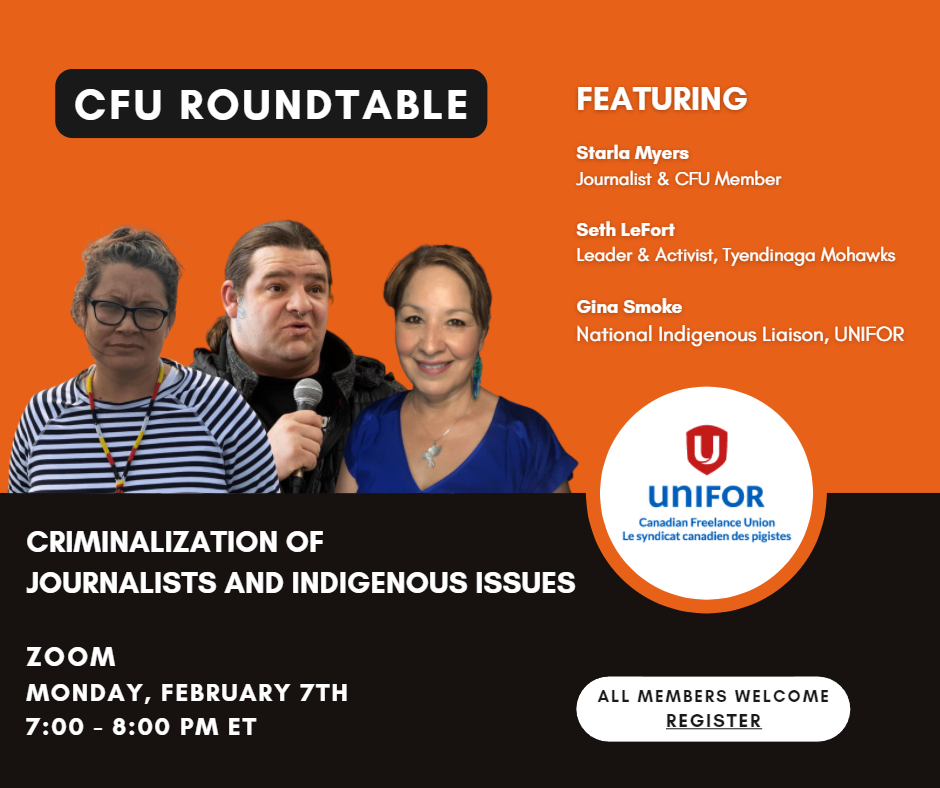